Radio talk show host and columnist Bob Lonsberry wrote this, I liked it alot, so I figured I would pass it on. He can be heard weekdays on 1180 WHAM in Rochester, or streeming from the station's web site (wham1180.com). His daily column can be read at http://lonsberry.com. This was today's, amen Bob!

I saw your videotape.

And I was struck by how much you look like one of the shepherds in the Christmas play.

But then I remembered you don’t celebrate Christmas. Which probably explains why you’re such a jerk.

I also wondered, listening to the audio, if you’d had your ‘nads shot off. I mean, there’s a certain high pitch to your voice which you typically only hear coming out of the Vienna boys choir. And I figured what with all that running and hiding you do, maybe you’d run afoul of some shrapnel or something.

Anyway, to the specifics of your tape.

You said that you wanted a truce.

Which is exactly what we want. We really, really want peace. And we’re glad you are willing to discuss terms.

Here are ours: You and everybody like you has to die, preferably in a ghastly fashion. Then we’ll lay down our arms.

Until then, please rest assured that nearly 300 million Americans fall asleep every night imagining a set of crosshairs lining up on your forehead.

Seriously, of all the jackals who deserve a sniper round through the brain pan, you’re at the top of the list. Every day Americans pray that your health is good so we’re not denied the pleasure of killing your sorry camel-riding backside. Right now, if you keeled over from a heart attack, we’d consider it that we got ripped off.

Speaking of untimely death, sorry to hear about your pals the other day in Pakistan. Seems like three of your big buddies were getting together to screw a sheep or something and all of a sudden some guy back at Langley pushed a button and the camels got a fireworks show.

Apparently your big bomb expert and your Pakistan boss and some other boss from someplace people who use inside toilets have never heard of turned into a big pink cloud in the blink of an eye.

Here’s the bad news for you: We’re not out of missiles yet. And flying those Predators around is a lot of fun. And we’ve got a whole generation of videogame experts coming up who’d love to Xbox your brains out.

Hey, I had a question: How’s the cave?

Does it get a little old being on the run constantly, hiding like a frightened dog, cowering off in some hole in the ground? Sure, everybody loves camping, but I’m not sure shivering in the mountains in the winter can be that much fun.

Also, some friends of mine wanted me to pass you a message. Essentially, everybody in the United States Army sends their best. Ditto for their friends in the Marine Corps, Air Force and Navy. And they really like this game of reverse hide-and-seek you’ve got going. You hide and they look for you. And eventually they’ll find you.

At which point there will be a lot of noise and some bright lights and then you’ll meet an angel who will give you the bad news about the 72 virgins.

Before I go, there was one other thing I wanted to bring up. In your tape, you said that you were planning more attacks in American.

In fact, you said that you could have attacked already if you’d wanted to and that our homeland security efforts were meaningless to you but that you were working on something and as soon as you got it lined up you were going to pull the trigger.

But you’ve got to understand, all you do is make us laugh. Honestly, Osama, you are full of so much crap. You couldn’t pull off a convenience store robbery right now.

The reason you’ve done nothing over the past four and a half years is because you’ve not been able to. We’ve broken up cells, we’ve broken up your money supply, we’ve killed your allies in the field. Heck, George W. Bush even listens in on your friends’ phone calls.

In short, we’ve made you our, uh, female dog.

And we’re about to put you to sleep.

So, go ahead, send your tapes and make your boasts. They’re good for a chuckle.

But you’re history, slick. You’re a dead man walking. Your fate is sealed. The what is known, it’s the when that’s still up in the air.

Hopefully, it won’t be too quick. Hopefully, it’ll take long enough for you to suffer and fret an awful lot.

But if it’s quick, that’s fine too. Just as long as you’re dead. Because that’s what you really are. You’re dead. Your cause, your organization, yourself. Just so much bloated, stinking death.

We’re just competing to see who has the honor to do it.

And, on that videotape. All of us back here in America were thinking you could take it and shove it up your backside. 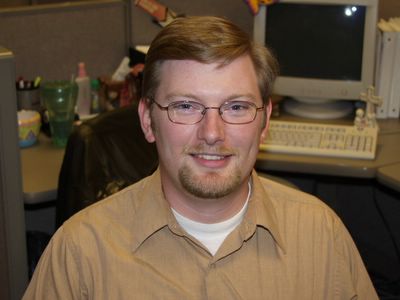 A while back, before blogs infested the internet, I wrote editorial columns and emailed them to anyone who was interested. I ran across one of my favorites the other day. Here it is. It was written around Thanksgiving time, but the theme is universal. Hope you enjoy! :) (the sub refrenced here was the inspiration.for the movie U-571)

Giving Thanks to Those Who Deserve Our Thanks. There is, however, much more to be thankful for.

I had the opportunity this weekend to visit Fisherman’s Wharf in San Francisco. While there, I took the tour of the USS Pampanito. It is a WWII Balao class fleet submarine. While on the boat it made me think. And as I thought about what I was looking at, what I was walking through, I gained a much greater appreciation for the sacrifice that the men and women in uniform make on a daily basis for us.

Don’t get me wrong, I have always respected the military, and admired those who give for the greatest nation on the planet. But until now, that has always been a passive respect.

On the tour, we went in the sub and with the aid of a hand-held player, we hear the voices of the actual sailors who served on that small craft. I say small, but the craft of just over 300 feet was home to 80 men for months at a time.

I make no claim that I can understand what it is like to be stationed on the sub, I have spent 30 minutes aboard a decommissioned sub, docked at the bay, however one of the things that often goes un-anticipated is how small it is, how cramped the quarters are, and how dangerous everyday life aboard a sub is. The rooms were cramped with the 6 people that were at the same point of the tour as us. It was hard to imagine 80 people being there. On one of the tours, it was even worse, they picked up more than 70 British and Australian P.O.W.s drifting in the South China Sea, real life survivors.

The duties and responsibilities of the submariner is great. Think about it, if a ship has problems. It stops. Or worse, it starts to sink. You still have life rafts, and with luck you will get rescued. However, as witnessed by the recent Russian sub still at the bottom of the ocean. A mis-hap, more often than not, yields no survivors--especially at a depth of 400 feet or more.

The tour was very moving to say the least. We learned of more than 50 other American subs that never returned from a tour of duty. Their final resting place is forever unknown to the families of those brave sailors. The more than three thousand men who gave their lives for the fight for freedom. To protect the rights that our fore-fathers bleed for.

I thought of the election, and the media circus that it has become. I thought of the hundreds of over-seas absentee ballots that may not get counted because the party in power doesn’t like who they might be voting for.

Too many times the military gets the raw deal.


This isn’t right. Why is it that the professions that mean the most to this nation, are the ones that get the least respect, both in pay and in society. Why is it that the jobs least important to society pay millions to those who can throw a ball, or sing or act? How is that right?

It is time that the men and women who serve in the military get the respect that they should have coming to them. Too many soldiers and sailors are on food stamps. These are the ones who will protect us, so that we can continue to enjoy the freedoms listed in the Constitution.

If you ever have the chance to go to San Francisco, take the opportunity to tour the USS Pampanito. If nothing else, you will learn a bit of history that no textbook can teach.

As you read this, take the time to reflect on the freedoms that we enjoy. Take the time to thank those in the military who you know, both those who are still with us, and those who have gone before us. And most importantly, remember that while we are free to enjoy the many freedoms that we as Americans enjoy, democracy only works if we do. Get involved, if it is nothing more than going to a PTA or a local city council meeting.

Please forward this to those who you know in the Armed Services, I would like as many of them as possible to know that there are people who support them, and respect what they do.
No comments:

A friend of mine sent me this.. it makes you think.. it should be passed on to all your ingnorant liberal friends. (I didn't change the formatting at all.)

Things that make you think a little:

There were 39 combat related killings in Iraq in January.
In the fair city of Detroit there were 35 murders in the
month of January.That's just one American city,
about as deadly as the entire war-torn country of Iraq.

When some claim that President Bush shouldn't
have started this war, state the following:

a. FDR led us into World War II.

f. Clinton went to war in Bosnia without UN or French consent.Bosnia
never attacked us.
He was offered Osama bin Laden's head on a platter three
times by Sudan and did nothing. Osama has attacked us on
multiple occasions.

g. In the years since terrorists attacked us, President Bush
has liberated two countries, crushed the Taliban, crippled
al-Qaida, put nuclear inspectors in Libya, Iran , and North
Korea without firing a shot, and captured a terrorist who
slaughtered 300,000 of his own people.

The Democrats are complaining
about how long the war is taking.
But,
It took less time to take Iraq than it took Janet Reno
to take the Branch Davidian compound.
That was a 51-day operation.

We've been looking for evidence for chemical weapons
in Iraq for less time than it took Hillary Clinton to find
the Rose Law Firm billing records.

It took less time to take Iraq than it took
to count the votes in Florida!!!!
Our Commander-In-Chief is doing a GREAT JOB!
The Military morale is high!
The biased media hopes we are too ignorant
to realize the facts
1 comment: